“There were a lot of books in the school library, and they weren’t in English, and I was mad keen to get at them.”

Renowned literary translator Anthea Bell joins the show to talk about getting her start in foreign languages, the schisms in the world of literary translation, the most challenging authors she’s worked on, the one language she’d love to learn, translating everything from Asterix to Zweig, and more! Give it a listen! 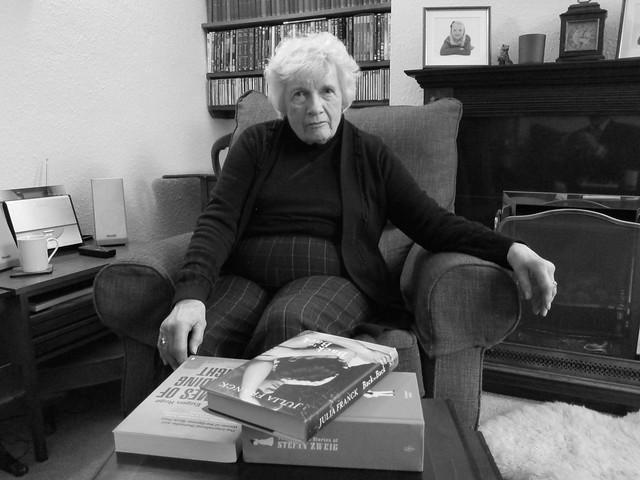 We also talk about where she thinks WG Sebald’s fiction would have gone had he not died so early, why Asterix has never gotten over in America, the one word that’s the bane of her existence for U.S./UK split editions, her worries for the future of translation, her family’s history during the War, and her theory for why Asterix’s druid-pal should keep the name “Getafix”!

“If we had to have the Romantic period — and I do say we did, although I like the Enlightenment a lot better — I say the Germans did it better than anyone.”

We talk about a ton of books in this episode, so here’s a handy guide!

Anthea Bell is a freelance translator from German and French. Her translations include works of non-fiction; modern literary and popular fiction; books for young people including the Asterix the Gaul strip cartoon series; and classics by E.T.A. Hoffmann, Freud, Kafka and Stefan Zweig. She has won several translation awards.

Credits: This episode’s music is Where Are We Now? by David Bowie. The conversation was recorded at Ms. Bell’s home on a pair of Blue enCORE 200 microphones

. Processing was done in Audacity and Logic Pro. Photo of Ms. Bell by me.