“I hate to find out that people I admire are schmucks.”

Legendary comedy writer, producer and performer Merrill Markoe let me into her home after seeing pix of my adorable greyhounds, and we got to spend an hour talking about how she co-created Late Night with David Letterman, how she was too worried about getting canceled to appreciate changing the nature of comedy on TV, which show she would love to write for if she was starting out today, what Letterman of 25 years ago would have thought of Letterman of today, and more! Along the way, she proves Christopher Hitchens wrong (women can be very funny), weighs in on Steven Colbert’s prospects taking over the Late Show, and talks about her literary influences and favorite cartoonists. And then we get overrun by her dogs, including Wally Markoe. Go listen! 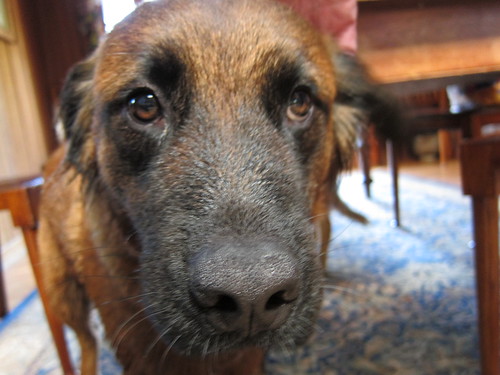 “Had I been able to rewrite the whole thing from the ground up, it would’ve been far preferable not to be involved personally [with the host of Late Night] and to only have been a writer. To have doubled up on that was a real big mistake.”

We also find out about her favorite Stooge, The Merrill Markoe Method of Sleepywriting (which she learned while recovering from a double-hip replacement), how she learned to stop sweating the details and start cartooning, and what she fears will be the first line of her obit. (BONUS: I offer a greyhound adoption PSA of sorts and tell silly stories about my dogs.)

Merrill Markoe has written for TV series such as Newhart and Sex and the City, and co-created the original David Letterman show, for which she won five Emmys. She’s published eight books: four collections of funny essays (How to Be Hap-Hap-Happy Like Me!

, What the Dogs Have Taught Me: And Other Amazing Things I’ve Learned

, Walking in Circles Before Lying Down

(with Andy Prieboy), and Nose Down, Eyes Up

) and has written for a wide variety of publications including but not limited to NYTimes, LATimes, Time, Rolling Stone, Real Simple, Vanity Fair, etc. etc. She also does standup and did a number of her own specials for HBO in the 80s and 90s, including being a performer writer on Not Necessarily the News. She had a talk radio show for a while and was a funny lifestyle reporter for local news for a few years. You can follow her on twitter at @merrillmarkoe.

. Processing was done in Audacity and Garage Band. Photo of Wally Markoe by me. B/W photo of Ms. Markoe by John Dolan.