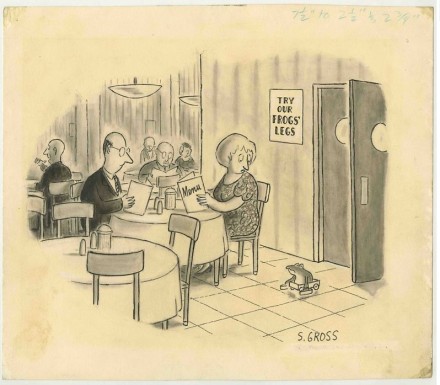 Sam Gross’ gag panels warped me at a young age (right), so it was an honor to get him on mic to talk about his nearly six-decade cartooning career. We sat down in his studio to discuss the serious business of gags, how he went from drawing a Saul Steinberg nose to drawing a Sam Gross one, how he continues in his 80s to come up with a week’s worth of new gags for Look Day, how he once got a Vanishing New York tour from Charles Addams, how he revels in the “humor of the handicapped”, and the magazine he misses the most. Give it a listen!

“I don’t know where I’m gonna go next. I’m not a finished product.” 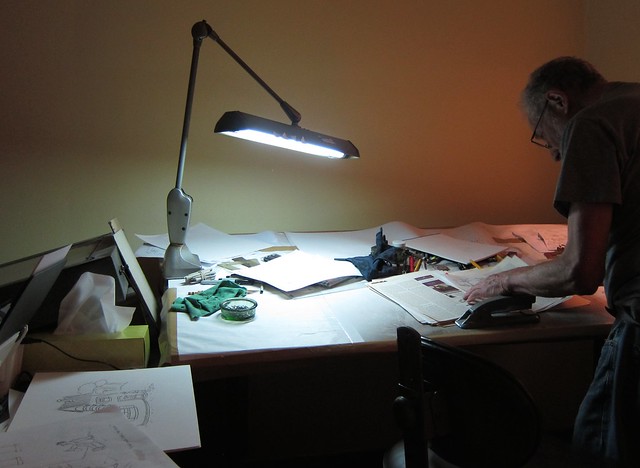 Sam Gross has been publishing cartoons since the 1950s. His cartoons have appeared in The New Yorker since 1969. He served as the cartoon editor of National Lampoon and Parents magazines, and was president of the Cartoonists Guild. He has published numerous collections, including I Am Blind and My Dog is Dead

. You can buy reproductions of his art at the Conde Nast Store.

Credits: This episode’s music is Funny Little Frog by Belle & Sebastian. The conversation was recorded at Mr. Gross’ studio on a pair of Blue enCORE 200 microphones

. Processing was done in Audacity and Garage Band. Photo of Mr. Gross by me.